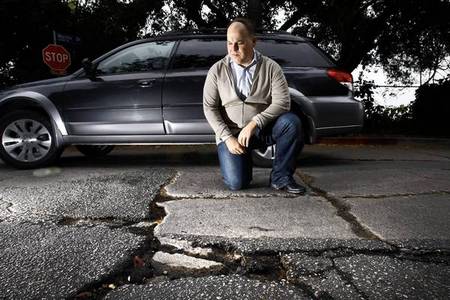 In the Sunday, May 5 edition of the Los Angeles Times — on the front page, no less, under the headline “L.A. full of roads to ruin for cars” — the city of L.A. was taken to task for its lousy streets. The paper applied its data-gathering expertise to the database of streets maintained by the Bureau of Street Services (which includes location, rating, street type and last inspection and repair), “mapped the data to neighborhood and council district boundaries,” and “found a wide disparity in road quality among the city’s 114 neighborhoods.”

And, in addition to their in-depth report, the Times put together an online interactive map that allows you to type in your address and get your street’s grade.

According to the report, “the city gives its road network an average grade of C, but the Times found differences not driven by wealth or political power — some of the poorest parts of the city have some of the best roads … But the average grade tells only part of the story. More than one-third of the streets in the city have a score of D or worse, meaning they must be resurfaced or totally reconstructed … The heart of the problem is aging streets, heavy traffic, undulating terrain and the sheer size of the network. The streets in the poorest shape tend to be in hillside neighborhoods, such as the Hollywood Hills, Mount Washington, Los Feliz and Bel-Air … For Angelenos waiting for their street to be rebuilt, abandon all hope: There is a 60-year backlog of failed streets — meaning residents might not see them fixed in their lifetimes.”

The main reason for the lack of repairs — too many streets, too little money.

Check out the Times story here and their interactive map here.

On my way home from picking up my boyfriend (04/30/13), I hit a pothole on Fierro St. (cross street San Fernando Rd). The pothole was wide and deep.

Fierro St. is filled with potholes and it makes it very inconvenient for the businesses around. The street — compared to the neighboring streets — is in really bad condition. The potholes are deep and very noticeable. The address where it’s located: 3034 Fierro St., Los Angeles, CA 90065. 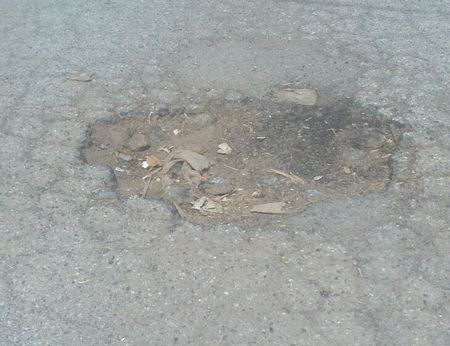 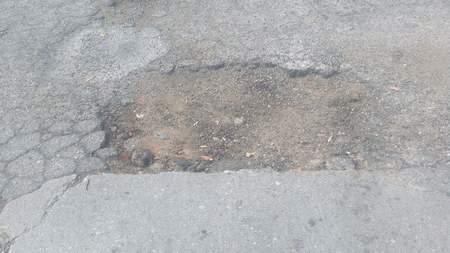