UPDATE: It’s been more than two years since this intersection was damaged — and nothing has been done about it. We’re going to file another complaint with the Bureau of Street Services. 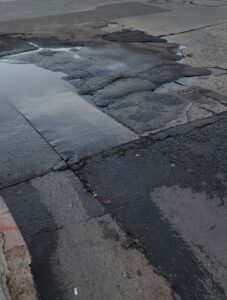 We all know the social costs of unfettered building development in Los Angeles – either new, multi-level apartment buildings or mixed-use edifices: the destruction of landmark buildings, displacement of long-time residents, eyesores on the skyline, horrible, additional traffic jams. Add to this list: the destruction of LA’s fragile street system. In almost any neighborhood where there is new building construction the streets around those sites have been pockmarked with potholes, rough pavement, rolling depressions, gigantic ruts, crocodile cracking and even small sinkholes. The cause – gigantic heavy construction trucks that wear down the asphalt. And road deterioration isn’t just limited to business districts or areas where multi-family dwellings (apartments) are being built – many side streets in neighborhoods where the nouveau riche have moved in and torn down old Spanish style homes and bungalows to build “modern” ugly, square, glass, steel and concrete edifices have had their streets destroyed by construction trucks. Take a trip down Gardner St. between Melrose and Beverly in the Melrose and Beverly Grove areas and you’ll know what I’m talking about. This neighborhood had been home to dozens of new homes and the streets are ruptured, rutted and damaged beyond belief. I’ve been told that speculators buy up these properties, build new homes, and then sell — or lease — them at a fantastic profit. And the city doesn’t seem to be able — or be willing — to hold these developers responsible for repairing the streets.

One of the most egregious examples of road destruction caused by construction is at the corner of Wilcox and Willoughby in Central Hollywood. For months now a new apartment complex is being built on the Northeast corner of that intersection — and the intersection has been destroyed. Check out the photos below — and the culprit.

We’ll keep checking the intersection to see if the street is repaired after  construction is completed. 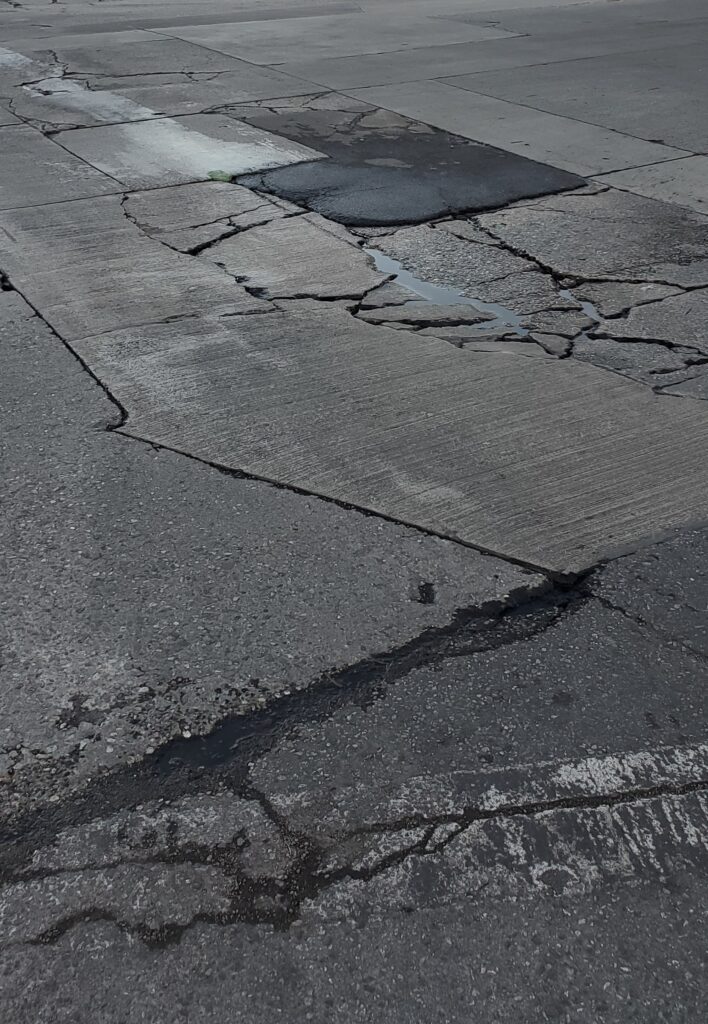 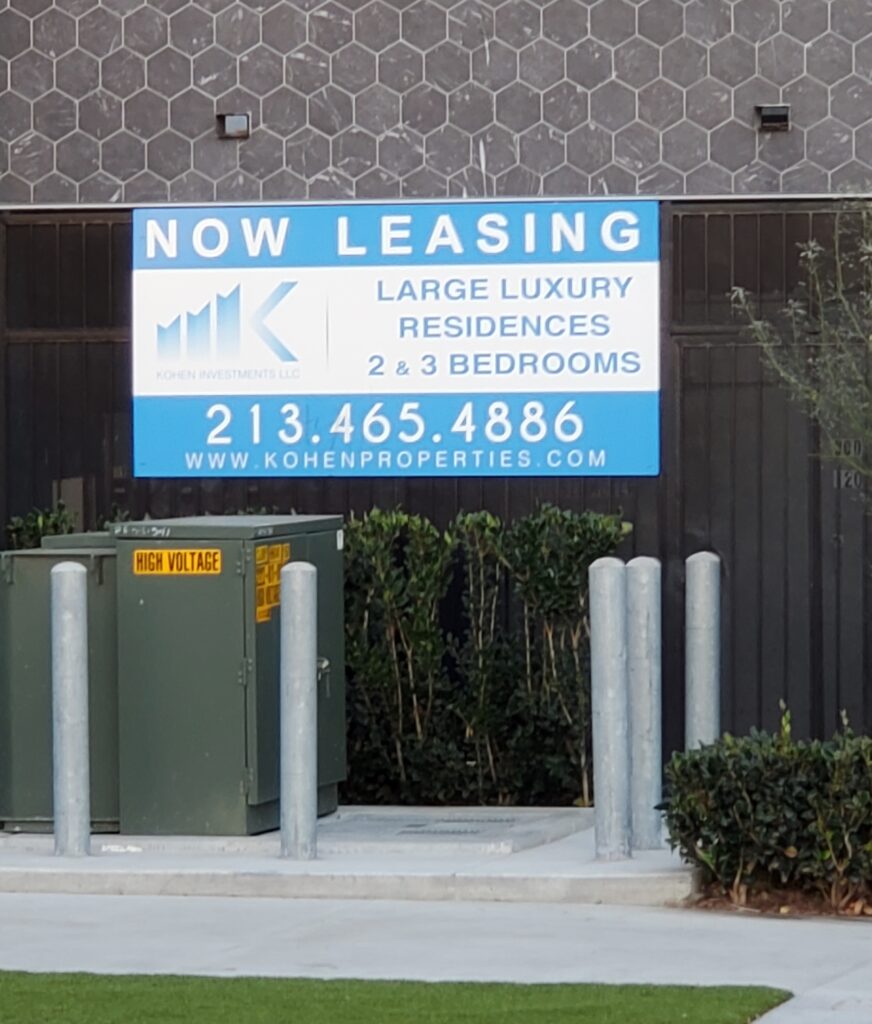